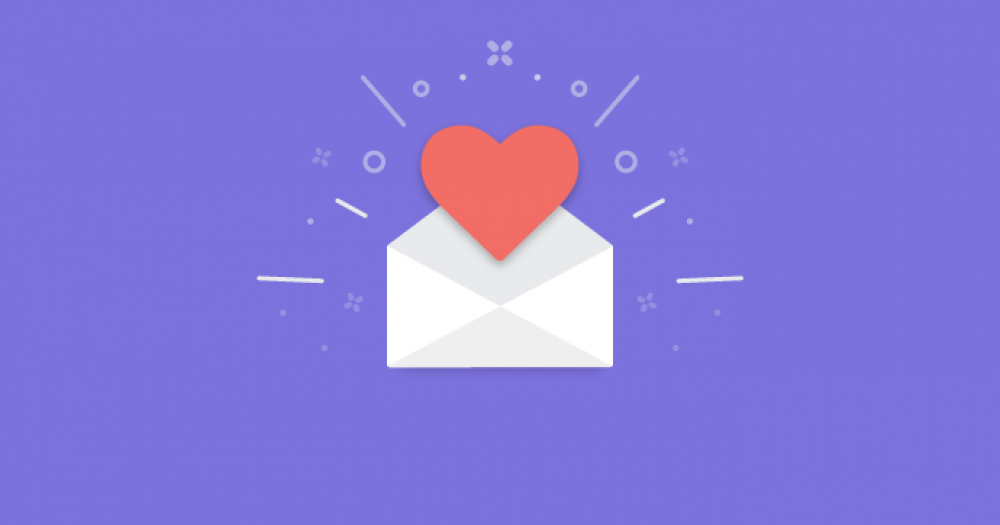 I was privileged to be presented with the Email Experience Council’s 2018 Email Marketer Thought Leader of the Year Award at the Email Evolution Conference in New Orleans last week. For those of you who weren’t in attendance, I wanted to share my acceptance speech with you here—because you all deserve my thanks as well.

Honestly, I’ve been really overwhelmed with feelings of gratitude toward the industry and everyone I’ve worked with. In preparing the acceptance speech I delivered, I actually wrote two others: one that was too long for the time allotted, and another that I’m not sure I could deliver live without choking up. I wanted to share those as well.

But first, here’s the speech I delivered at the Email Evolution Conference…

In January of 2007, I became employee No. 3 at the Email Experience Council. In late 2008, the EEC laid me off. A decade later, I appear to be back in the EEC’s good graces.

I’m so incredibly honored to be recognized by the EEC and my peers as the 2018 Email Marketer Thought Leader of the Year. In the acknowledgments section of my book, Email Marketing Rules, I say, “This book is the culmination of a thousand conversations.” The same can be said of my email marketing career. So many wonderful and skilled email designers, coders, and strategists helped bring me to this stage today—many of whom I met at events just like the Email Evolution Conference.

That included Aaron Smith and Lisa Harmon of the email marketing agency Smith-Harmon. I learned a ton about visual design in email while there from talented folks like Wacarra Yeomans, Lynn Baus, Julie Montgomery, and others.

When Smith-Harmon was acquired by Responsys, I got my first experience working at an ESP. That’s when I had the privilege of working with Stefan Pollard and some of the other stellar consultants there.

I also met Jeff Rohrs at an email marketing conference like this one. Later, I worked for him at ExactTarget and, after the acquisition, Salesforce. There, I learned a lot about email’s role within an increasingly omnichannel world from brilliant folks like Mat Sweezey, Kyle Lacy, and the irrepressible Joel Book.

And last, but not least, I met my current boss, Justine Jordan, at an email conference. I think her hair was a shade of blue at the time. I’m not really sure—it was many years and many hair colors ago. At Litmus, I’ve had the pleasure of working with and learning from many passionate people, including email coding extraordinaires Jason Rodriguez and Kevin Mandeville.

So, while you’re here at the Email Evolution Conference, strike up a conversation with the stranger sitting next to you in a session or standing next to you at a party—because that person could be your next great employee or your next boss. That was repeatedly the case for me, and I hope that will be the case for each of you as well.

It was great catching up with all of my industry friends—and making some new ones—in New Orleans. Social media is great, but there’s nothing like talking with people face-to-face.

The speech I gave acknowledged many of the people that I’m most thankful for, but I also wanted to thank email itself for being so dynamic and interesting. One of the speeches I wrote but didn’t give focused on that…

I’m truly honored to be recognized by my peers and by the Email Experience Council, the organization that really launched my career in email marketing. And it’s special to be back here at the Email Evolution Conference.

Back in 2007 when I was working at the EEC, I remember very clearly Jeanniey Mullen, Ali Swerdlow, and I debating whether to call this event the Email Evolution Conference or something else. We weren’t sure if it would be confusing to have our organization and our event have the same acronym. Ultimately, we decided it was a plus. Also, we really loved the idea of a conference that had the goal of helping marketers keep up with email’s evolving tactics and strategies.

As a former journalist, it has been this evolution that has really fueled my passion for the email marketing industry. Journalists crave change because it means new stories to tell and insights to uncover—and, boy, have there been a lot of stories to tell.

For instance, when I started my email marketing journey in 2006, the iPhone didn’t exist yet, so there were no mobile devices that could render HTML emails. The iPhone launched in 2007, adoption exploded, and we spent the better part of the next decade talking about mobile email design.

Engagement-based deliverability also wasn’t a thing in 2006. At that time, deliverability was driven by spam complaints. If your complaint rate was low, you were good to go. Of course, marketers began to game the system, bloating their email lists with inactive subscribers who didn’t engage, but also didn’t complain.

In response, Gmail and others began factoring in user engagement, requiring that brands’ subscribers not merely tolerate their emails, but also engage with them. That trend jumped the shark, in my opinion, when Inbox by Gmail recently started recommending to users that they unsubscribe from brands whose emails they hadn’t opened in the last month.

Brands have been even slower to adapt to engagement-based filtering than they were to mobile email reading. Today, nearly half of brands never stop emailing chronically inactive subscribers, despite the well-established dangers to their deliverability.

In 2006, segmentation was difficult and highly manual. You had to get IT to pull custom lists, which meant in many organizations that segmentation just didn’t happen. Now, marketers have complete control and easy access to detailed segmentation rules.

A decade ago, personalization was mostly first-name merges and other superficial tactics. Now, we have AI and machine learning doing sophisticated personalization on a scale that was unimaginable back then. Today, brands can demonstrate that they know much more than just their customers’ names, and can use that knowledge to benefit customers.

Welcome emails were the first widespread non-transactional triggered emails. It took a long time for other triggered emails to get established. For instance, on Cyber Monday in 2012, I abandoned over 100 shopping carts worth more than $100 each and only 20% of those retailers sent me a shopping cart abandonment email.

In 2012, a well-respected social media guru said something along the lines of: “While social media is constantly improving, there haven’t been any meaningful improvements to email in a very long time. That’s a major challenge for email going forward.”

After seeing that, I wrote a whole MediaPost column—definitely not a rant—about how “being drunk on the social media Kool-Aid had clearly stricken him blind to email’s evolution over the past several years.”

Email marketing’s evolution has accelerated since then, making it even more vital that all email marketers be perpetual students—students of technology, students of collaboration, and, most importantly, students of customer behavior.

Looking back on how quickly email marketing has evolved over the past decade makes me very excited about what the next decade holds. I’m honored to be a student along with all of you on this amazing journey.

But my journey in email marketing hasn’t just been professional. My email journey has been very personal, as well. This seemed like an appropriate occasion to acknowledge that…

2006 was a big year for me. I started a new chapter in my life. I got re-married to an OB/GYN named Kate, who—I’m proud to say—now knows more about email marketing than any other doctor in the country. I also started The Retail Email Blog, which tracked the email marketing campaigns of more than 100 of the top US online retailers on a daily basis.

At the time, I was an editor at Dow Jones. I worked 10 to 7 and commuted from Hell’s Kitchen through downtown New York to Jersey City every day. Kate and I wanted to have kids, so I worked on The Retail Email Blog every morning and night in the hopes of creating a stay-at-home job for myself so I could take care of our impending children. About 9 months after starting my blog, Email Experience Council founder Jeanniey Mullen hired me as the new trade group’s research director.

A credit to my wife’s OB/GYN know-how, we timed it out perfectly and got pregnant on the first try. To celebrate, Kate bought me a t-shirt that said, “He shoots. He scores.”

However, in the third trimester, Kate suffered a splenic artery aneurysm. We lost our daughter and I nearly lost Kate, too.

A year or so later, we began trying to get pregnant again and, with a little medical assistance, we succeeded, having a little boy, Zachary, in 2009. At that point, I was working remote for Seattle-based email marketing agency Smith-Harmon, and dropped down to part-time to care for Zach. Two years later, when I was working remotely for San Francisco-based Responsys, we had another son, Dexter.

Around that time, Zach was diagnosed with mild autism and started getting 18 hours a week of therapy. I worked around his schedule, maximizing my use of flex-time to meet my work and family commitments.

Zach and Dex are now 8 and 6, respectively, and doing well. For the first time in a decade, I live in the same city as the company I’m working for. However, I rarely go into the office. That allows me to get the kids to and from the bus stop, to work during half-days and the snow days that were very common this year, and to zip off to doctor’s appointments and school productions without missing a beat workwise.

Working for companies that value remote workers and flexible hours like the Email Experience Council, Smith-Harmon, Responsys, ExactTarget, Salesforce, and Litmus has had a profoundly positive effect on me and my family.