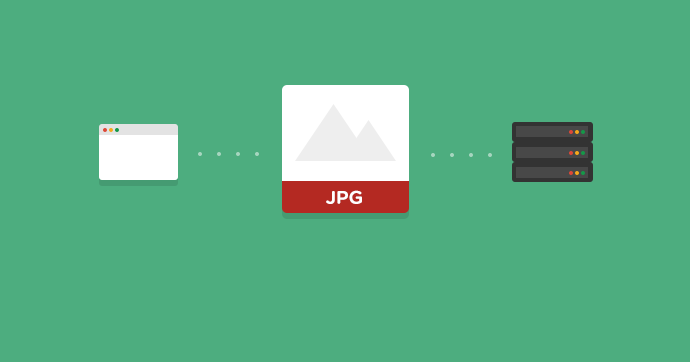 Google has introduced a number of features to Gmail lately. Along with tabs in the new inbox and an updated mobile client, you can add image caching and automatic enabling of images to the list of changes that affect email marketers. Here’s what you need to know about image caching in Gmail:

On December 5th, Laura Atkins reported on the Word to the Wise blog that Gmail was now caching images and serving them via their own proxy servers—a potentially game-changing update that could affect marketers who rely on images to track email opens or geolocation for dynamic content.

So what is really going on and how does it affect you?

How Images Are Used in Email

Beyond their visual appeal, images serve a very important function in email marketing. Images are used to track email opens and engagement while providing marketers with valuable data about when, where, and how their campaigns are being read.

Email tracking relies on a unique image being included in a campaign and that image being downloaded and displayed within the email. Every time the image is downloaded from the server, the tracking software marks that as an email open. Combined with things like click tracking and site analytics, open tracking via images helps give marketers a comprehensive view of how people are interacting with their campaigns.

To count opens reliably, software tools need those images to be downloaded every time someone opens an email.

The Gmail team explained some of the reasoning behind the change in a recent blog post. Product Manager John Rae-Grant sums it up by saying:

Your messages are more safe and secure, your images are checked for known viruses or malware, and you’ll never have to press that pesky “display images below” link again.

Email designers will be delighted to know that Gmail displays images by default. While we still suggest using alt text for images, it’s nice to know that messages will display as intended, and that image blocking is no longer an issue for Gmail users.

Safer emails with images enabled are wonderful for Gmail users, but Google’s new image caching still poses a number of problems for email analytics tools. The unique image downloads that tracking software looks for will no longer occur. Some analytics tools will only see the initial download by Google and won’t record subsequent opens regardless of how many times a reader opens that email.

Some marketers also use geolocation to personalize email messages. They look at where the image is downloaded and feed users dynamic content based on their location. With Gmail’s new image caching behavior, geolocation could effectively break. Instead of being able to see where a reader is located, these services will see where Google’s proxy server is located—resulting in dynamic content tailored to the proxy server’s location.

When did these changes go into effect?

While it looks like Gmail’s image caching changes were released around December 4th, we have evidence of Google caching email images as far back as October. It’s possible that Google was testing the caching system on a small segment of Gmail users, or with employee email accounts before rolling it out to all users. Automatic image downloads were enabled in a waved roll-out starting December 12th, 2013, affecting some users sooner than others.

Does this affect all Gmail users?

Google’s image caching only affects users accessing their email through the web interface and the mobile Gmail app. People that use desktop and non-Gmail mobile apps to access their Gmail accounts will still download images from the original server, not Google’s proxy servers. The same goes for image blocking: Gmail users reading mail on an iPhone or iPad likely didn’t have images disabled to begin with, although folks logging into gmail.com will now see images automatically unless they take action to re-enable image blocking.

Fortunately, the number of people that use the Gmail web interface is declining. Only 20% of Gmail users access their email in a browser via gmail.com. Mobile access accounts for 68% of Gmail opens, with desktop accounting for the remaining 12%.

While these changes initially only rolled out to gmail.com addresses, they have extended to include custom domains using Gmail as well.

What Does This Mean for Email Analytics?

Like all other email analytics services, EA relies on readers downloading a unique image to start tracking an email. With these changes to the way Gmail handles and displays images, EA users will see a few changes to their reports. To be clear, these changes only apply to emails opened in native Gmail clients. Reporting remains unaffected for emails sent to Gmail accounts that are opened in non-Gmail email clients.

With these updates to Gmail, it is crucial to use individual tracking with Email Analytics in order to properly record analytics. Without individual tracking, Gmail will see the image in your tracking code as the same image for all recipients—and that tracking image will be cached along with the other images in your email. This means that only the first open using that tracking code will be recorded and you’ll see very few opens for Gmail. Using a unique identifier allows us to properly track email opens, even when Gmail is caching images.

Will I see more opens? Less?

It’s hard to say just yet. Due to image caching, Email Analytics will track the first open from each user, in that browser/device. Subsequent opens in the exact same browser/device will not be tracked, because the pixel will be cached for that individual user at that point in time. You’ll continue to see unique opens from each subscriber, however total opens may be impacted. For example: if hello@litmus.com opens in Gmail in Chrome, then using the Gmail app on iOS, then Gmail in Chrome again, EA will track one open in Gmail in Chrome and one open in the Gmail app on iOS.

There has been a lot of misinformed mainstream press and concern over Gmail opens decreasing. Since tracking relies on an image being downloaded and displayed, and Google is now displaying all images by default, it is possible that Gmail opens will actually increase. Once those images are cached, however, repeat opens and total opens will likely decrease, since the tracking image will only be downloaded once.

So while we may see fewer total opens as compared to before Gmail rolled out image caching, the automatic display of images will mean that more of those initial or unique opens will be tracked. The number of Gmail users on your list, combined with their preferred email client, will definitely play a factor.

Some of my images look funny since the roll-out. What’s up with that?

There have been a few reports of degraded images for Gmail users. While we haven’t witnessed the problem first hand, a few of our Community members have seen already compressed images further compressed by Google, leading to compression artifacts and images of low quality.

Google’s new image caching and image blocking rules came as a big surprise to most marketers. As with any new development in the world of email, we will be keeping an eye on how it develops and will update this post and our monthly Email Client Market Share stats accordingly.

Get the latest delivered straight to your inbox

The email world moves quickly—don’t be the last to know about changes like Gmail’s image caching. Subscribe to our newsletter to get the latest news, tips, tricks, and stats packaged in a beautiful monthly newsletter.