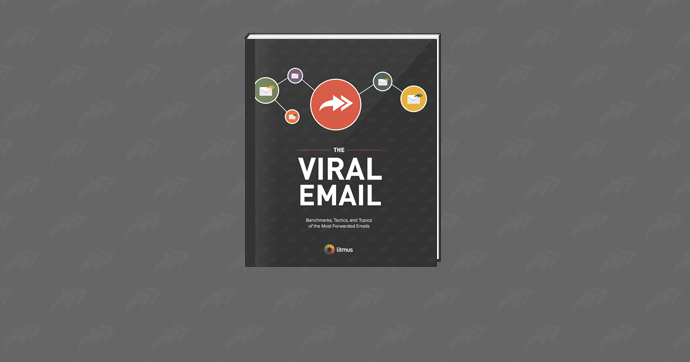 We tend to associate “going viral” with social media—in part because it’s relatively easy to see and measure the very public noise of social sharing in terms of likes, favorites, and retweets. However, the much quieter email forward is often a much more powerful influencer.

To better understand the quiet, often invisible influence of email forwards, we used Litmus’ Email Analytics to analyze the forwards generated by more than 400,000 email sends with at least 500 opens between January 2013 and March 2015. To reduce the impact of list size, we normalized forward activity by calculating the forward-to-open rate—that is, what percentage of opens that generated a forward. This gave us a great view of forwarding behavior and allowed us to construct benchmarks around email virality.

But to truly understand the drivers of email forwarding, we analyzed more than 200 emails from among the top 1% of viral emails and another 200-plus emails from around the 50th percentile. We looked at the tactics, topics, and other elements of these two groups of emails—and some of the results were truly surprising.

For instance, our research found that:

For a deep dive into email virality and how to spur it, download The Viral Email report.