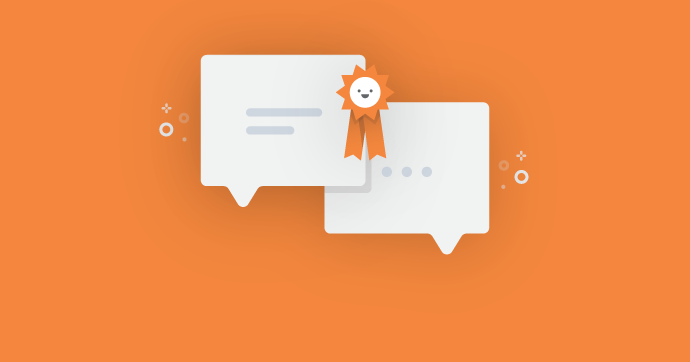 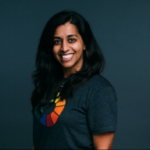 Ask any email marketer and they’ll tell you that 2016 has been an incredible year for email. Along with the widespread adoption of responsive and hybrid development techniques, we’ve seen email clients stepping up with Gmail finally supporting <style> and a public commitment from Microsoft to help make email better.

Over the course of 2016, the Litmus Community has grown enormously, not just with those new to the industry but also those who have been scouring the internet to find their fellow email geek brethren.

As we say goodbye to 2016, we take a look back at some of our favorite discussions in the Litmus Community from the past 12 months:

Partway through the year, an update was pushed to Yahoo! Mail that changed the CSS declaration width to min-width in the HTML of email. This impacted the hybrid style of coding, a widely adopted coding style, causing emails to break. Email developers rallied to find a fix for the problem, but not long after the update was pushed, Yahoo reversed the change. Hybrid emails no longer break in Yahoo! Mail.

Sadly the change—and subsequent undo—weren’t documented or communicated, they were issues stumbled upon by email developers. A harsh reminder that testing your email shouldn’t be seen as a one-time action, because you never know when an email client could change how it renders email.

2. Email Marketing as a Profession: Boom or Definite Bust

I think it also depends on how you position yourself. Email tends to be the bastard child people forget about until they need a boost in revenue and completely rely on email. You’re not JUST an “email marketer” – you manage CRM, data, technology, engagement, etc. – Sue Cho

Community member Justin McMillin started a discussion earlier this year asking if there’s a future in a career in email marketing. As email marketers we may all want to instinctively jump up and say, “Yes, of course there is,” but there are a lot of factors that come into play such as geographic location, type of company, and what you value out of your career—salary or personal development.

3. ESP Recommendations for a Client

Choosing an Email Service Provider (ESP) is one of the biggest decisions an email marketer has to make. Because you’re often locked into annual contracts upon choosing an ESP, you need to ensure you choose the one that’s right for you. With so many ESPs to choose from, making that decision can be a bit daunting.

Community to the rescue! Abby Wentzel-Elison was looking for opinions on which ESP to choose for one of her clients. While there’s a plethora of information available on the internet about which tools ESPs offer, including comparison charts to help you decide, there’s nothing like an honest review from end-users to help make your decision.

The Litmus Community was able to dig into Abby’s requirements to highlight some great ESPs that would be a perfect fit for her client.

It’s been a rough year for email developers. First, there was the update to Yahoo! Mail that was pushed live and then withdrawn, earlier in the year. In the latter part of the year, the Yahoo! Mail App on Android stopped supporting <style> and therefore media queries, breaking responsive emails all over the world.

As per previous email client changes, this was another change that wasn’t documented nor communicated. Giulia De Monte spotted this issue and headed to the Litmus Community to see if others were encountering the same problem.

5. Will You Change How You Code Your Emails?

At the end of September, Gmail began rolling out an update to finally support <style> and media queries to its webmail, Android, and iOS apps. Email developers were overjoyed! Some are probably still celebrating and pinching themselves.

The update highlighted an important question within the Litmus Community: Now that Gmail supports <style>, will you stop inlining your CSS and change how you code your emails?

Email development has been the same for so many years that this question raised some eyebrows. Email developer Rémi Parmentier aired concerns on how using <style> rather than inline styles could affect message clipping in Gmail.

There are still a lot of email clients that don’t support <style> tags (like Yahoo on its mobile webmail, the old Outlook.com on mobile, or international clients, like Yandex, Libero, T-Online.de, etc.). I’m also very concerned about email clipping. Gmail is well known for clipping emails after the first 102 Kb of HTML. Will this change with this update? If not, having too much CSS in a style tag in the head of your email might have a big impact. – Rémi Parmentier

There’s currently a cap of 16,384 characters (updated in December) in the <style> section of your email’s HTML. If you go beyond this, not only will your email be clipped, but you’ll run the risk of your email not displaying correctly if the necessary style declarations are in the clipped part.

Around 55% of email opens occur on a mobile device, according to our data. Along with optimizing your email design for smaller devices, it’s also a good idea to optimize your email for a mobile data connection, which may not be as fast as a wired or WiFi connection. The slower connection will increase the load time of your email. If you use a large number of high-resolution images your email, it may simply take too long to load, which isn’t an ideal experience for your subscribers.

Community member Peter Eko-Acquah was looking for tools that he could use to learn how long his email would take to load on different internet speeds. Email developers Mark Robbins and Anna Yeaman offer a couple of tools they use—WebPageTest.org and Google Chrome’s dev tools.

There’s also Litmus’ own Checklist, which features a test where you can see how long your email will take to load in a typical desktop environment.

We’re big fans of A/B tests here at Litmus. Ensuring you’re learning from the results of those tests you’re running, however, is more challenging. There are all sorts of methods of organizing your learnings, which Community members happily shared in this discussion.

Solutions range from using Excel or PowerPoint to using tools such as Confluence to help keep track and share A/B test result findings.

8. What email naming convention do you use?

Efficiency and organization were a common theme in Community discussions in 2016. Email marketers often have so many campaigns on their plate, even the smallest thing like adhering to a set of naming conventions can play a big role in helping staying on top of your campaigns.

Community members all jumped in to help give Eliza Dyer some ideas on what she could use to help keep her CRM system organized. Many examples included incorporating the date, version number, and brand (for agencies) in an effort to be able to quickly find the email campaign you’re looking for.

There was a brand new challenge for email developers in Outlook 2016 this year, and one that had many pulling their hair out. A mysterious 1px horizontal line has been making appearances in emails in Outlook 2016.

Several different solutions were shared by Community members, all with varying levels of success. One of the key reasons for this is that many emails are coded in different ways—some choosing to stack several tables as content blocks, and others using just one container table and then using tr’s to separate out blocks of content.

The hunt is still on for a fix… chime in if you’ve got something up your sleeve.

High-DPI displays, such as retina display on Apple devices, are becoming more widespread. Developing emails with retina-enabled devices in mind is becoming the standard. Creating images for retina devices involves producing images at four times the resolution than normal, and then by using HTML, these images can be scaled down to the intended display size.

However, there’s limited support for background images in email clients with some style declarations not having 100% support either.

Looking to connect with the best minds in email marketing and design? The Litmus Community is the best place to swap stories, share techniques, and troubleshoot email problems. It’s the perfect way to end 2016 and kick off the new year.