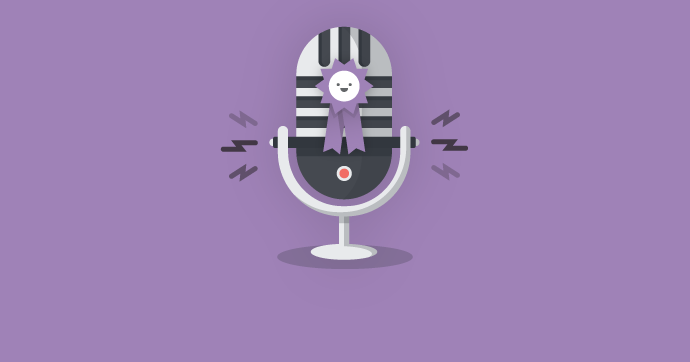 It’s been a busy year. Between snippets dropping, the usual email client shenanigans, and some great community discussions, there hasn’t been a lot of time for regular podcasting. Still, we managed to get a few episodes of The Email Design Podcast published. With 2016 quickly approaching, it seemed like the perfect time to reflect on the top episodes of The Email Design Podcast from 2015.

Our year kicked off with what is still our most popular episode. Oddly enough, it has nothing to do with 2015. Instead, Kevin and I dug into our favorite emails from 2014. It seemed a relevant kick off to what turned out to be a wonderful year for email. Heavy on interactive emails, the picks foretold of a future of interactive emails which we’re just now getting to see in earnest.

Hot on the heels of our favorite emails of 2014, we attempted to predict what 2015 would have in store for the email industry. While we were right about more interactive emails and better personalization, it turns out were were pretty far off with expecting Gmail to up their responsive game. And Inbox is still around, causing headaches for email designers all over the world.

In Episode 9, we applauded Microsoft for producing a modern email client with solid rendering and reviewed our first Community Contest. Naturally, we were blown away with the absurdly creative entries for using ALT text in ingenious ways.

Episode 10 saw Microsoft taking a turn for the worse when they announced that Outlook for Windows 10 would keep Microsoft Word as its rendering engine. On the flip side, Yahoo showed that they are listening to the email design community when they fixed a bug that required a few Yahoo-specific hacks, and updated their web and mobile apps to support responsive emails.

We looked at Anna Yeaman’s experiments with CSS shapes in email in Episode 11, along with a clever way to reverse stack tables on mobile devices and how to optimize email campaigns for quick opens and loading.

In Episode 16, we discussed an unprecedented move from Microsoft—asking the email community for direct feedback on Outlook rendering. After hoping for the best from future versions of Outlook, we checked out some cool new tools for email designers, including a great subject line and preheader text preview and an interesting new email framework.

8. Episode 19: iOS 9, Hybrid Coding, and the Future of Dreamweaver

In one of my favorite discussions, Kevin and I debated the future of Dreamweaver. A staple of email design workflows everywhere, Adobe recently announced that they plan on updating the old workhorse by implementing many of the features and ideas behind their more modern, open source code editor, Brackets.

In an otherwise Android-heavy episode, we chatted about the introduction of Snippets to the Litmus Community and how to make your emails a little more accessible for Siri and Apple’s Voiceover screen reader technology.

Finally, we hosted our first (non-Litmus) interview with email designer Brian Graves. Brian was cool enough to talk to us about modern email workflows, his responsive tools and resources sites, and the future of email design.

Never miss an episode of The Email Design Podcast again. Sign up for our monthly newsletter and get the latest email news, tips, and podcast episodes delivered straight to your inbox.