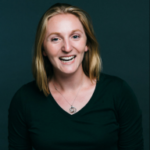 As consumer attitudes toward spam continue to shift dramatically, it’s up to marketers to equally shift how they build their emails and run their marketing programs. Litmus worked with Fluent to survey 1,300+ American adults to find out about subscriber behavior, specifically:

Litmus Research Director Chad White teamed up with Jordan Cohen, Chief Marketing Officer at Fluent, to discuss these findings and what that means for email marketers going forward. Watch the recording above and download the slides below:

Adapting to Consumers’ New Definition of Spam [Webinar] from Litmus

We received a ton of great questions throughout the course of the webinar. Let’s tackle them here:

Is there a percentage of a brand emails that has to be marked as a spam to be considered as spam later on?

Chad: We recommend keeping your spam complaint rate under 0.1% to avoid deliverability problems. That said, most senders are able to maintain a complaint rate of less than 0.05%, so it would be wise to aim to be in the company of the majority. If the standard does change, it’s more likely to get tighter rather than looser.

What is the main difference between unsubscribing and marking email as spam? Don’t they accomplish the same goal?

Jordan: Unsubscribing enables consumers to safely remove themselves from a list. Marking an email as spam usually accomplishes the same thing, but mailbox providers hide your messages from the recipient, even though you are most likely still paying your Email Service Provider (ESP) to send email to those users. Even worse, if too many people mark your email as spam, Internet Service Providers (ISPs) or mailbox providers will start routing your email to a spam folder or blocking them altogether. So the difference is there is a punitive aspect to emails being marked as spam where there isn’t one when consumers just safely unsubscribe.

Does the average consumer know the consequences of the spam button or do they just think that it’s hiding the email?

Chad: Since consumers were more likely to report a brand’s emails as spam than unsubscribe in response to a bad customer service experience, that would seem to indicate that a significant percentage of consumers do know that hitting the report spam button hurts brands. However, our research also found that a large percentage of consumers use the report spam and unsubscribe buttons interchangeably, unfortunately.

In a world of ever-changing spam filter guidelines, do you have any recommendations for making sure emails get through individual spam filters, like Gmail?

Chad: The world of deliverability can be very tricky. Your ability to pass through spam filters depends a lot on the overall health of your email program and the strength of your authentication, in addition to how your subscribers interact with your email.

We’re a little biased, but Litmus Spam Testing scans your email through major spam filters before your send it to your list and offers actionable advice on how to adjust your emails accordingly.

How can you track which emails are marked as spam as opposed to general unsubscribes?

Jordan: If you sign up for inbox providers’ email feedback loops, they will report back to you the email addresses of any of their users that report your emails as spam so you can remove them from your list. SendGrid has a good explanation of feedback loops and which ISPs offer them.

Chad: Since “received too many and irrelevant emails” is the No. 1 reason that subscriber opts out, according to our research, cadence has a huge impact on unsubscribe rates. First, be sure to set the appropriate frequency expectations during signup. If you’re going to send an email every day, say so. Don’t let it be a surprise. Likewise, if you’re only going to send once a month, let them know that too.

And second, if you can, give subscribers the option to opt-down and receive emails less frequently through your preference center or unsubscribe page. If you’re a weekly sender, having a subscriber that receives email from you once a month is way better than not having that subscriber at all.

I wonder how many emails are marked as spam because the consumer unsubscribed but the brand continued to send emails. That’s when I start marking them as spam.

While we didn’t ask about that in our research, delays in honoring unsubscribe requests is a known cause of spam complaints. While CAN-SPAM and other anti-spam laws generally give companies up to 10 days to honor opt-out requests, subscribers don’t. When they unsubscribe, they don’t expect to get any more emails—and when they do, it can result in spam complaints.

You mentioned that spam laws may get updated in the future. Is there any bill that has been introduced to shape existing laws?

Chad: There have been reports that US lawmakers have been looking at updating CAN-SPAM in the wake of much stronger anti-spam and privacy laws aboard such as the Canadian Anti-Spam Law (CASL) and the General Data Protection Regulation (GDPR) in the European Union. With Republicans now in control of the White House and Congress, that seems very unlikely now because of their tendency toward less regulation.

However, in many respects it doesn’t matter, as international spam and privacy laws are forcing US companies—especially multinationals—to raise their standards or face legal risks. That’s because regulations apply to your subscribers, not to your company. So if you have international subscribers, you’ll need to bring your email marketing program up to the standards of those countries.

How Will You Adapt?