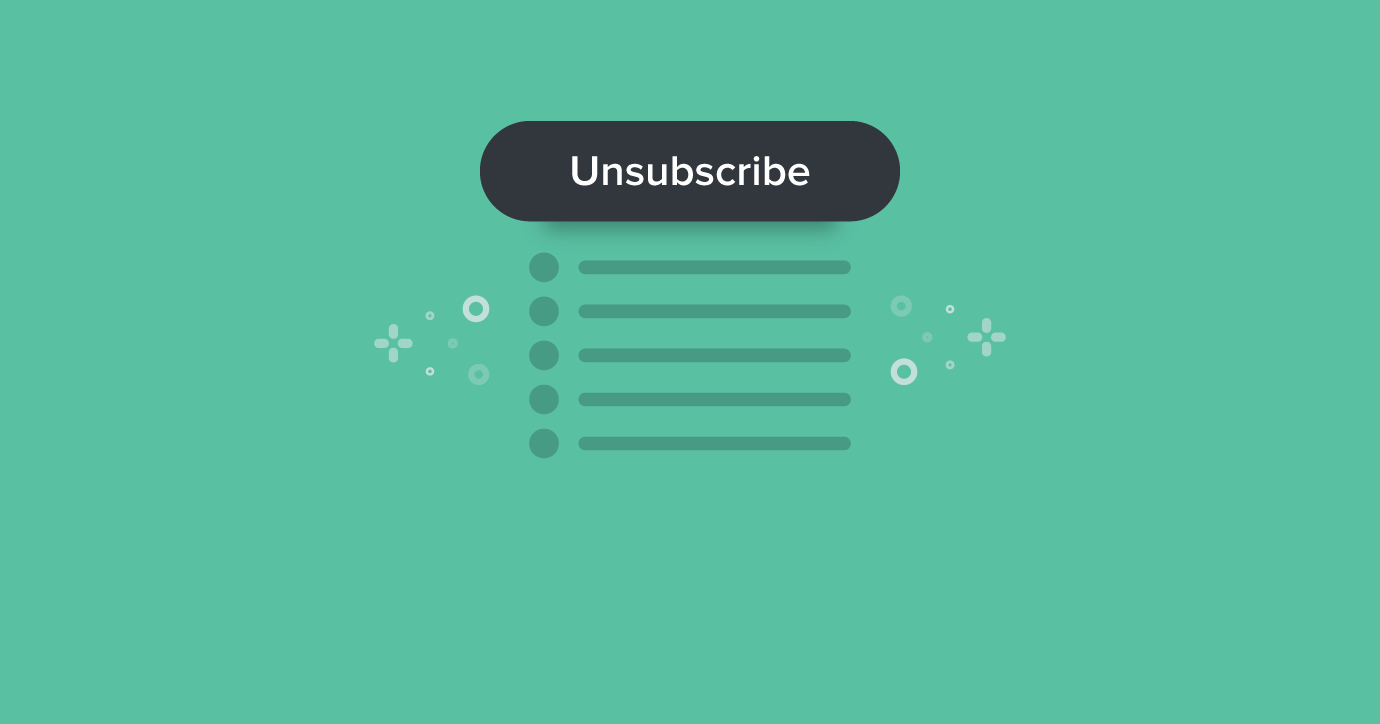 Some marketers are now concerned that Apple’s native unsubscribe link has made it too easy and enticing for subscribers to opt-out. Research from Yesmail shows a dramatic rise in unsubscribes from iOS 10 devices in the weeks after the rollout.

Should marketers panic? Should you disable list-unsubscribe on your emails?

1. Unsubscribes are not inherently bad, since they don’t harm deliverability and may not harm revenue. [Tweet this →]

First, unsubscribes are infinitely better than spam complaints, which hurt your deliverability, unlike unsubscribes.

And second, who is unsubscribing is critical. Are your best subscribers opting out or are they your inactive and marginal subscribers? While the research we’ve seen hasn’t answered this question, the chances are high that it’s the latter.

After all, your best subscribers are the best because they’re happy, engaged, and valuable. A prominent unsubscribe link is unlikely to make them suddenly abandon a relationship that they’re getting value out of.

On the other hand, inactive and marginal subscribers who haven’t been seeing value in your emails—nor generating value for your brand—are much more likely to jump at the opportunity to unsubscribe using Apple’s unsubscribe banner. That’s because…

2. Brands have made it too difficult to unsubscribe and don’t honor opt-outs quickly enough. [Tweet this →]

Use of “clear and conspicuous” unsubscribe links plunged to 81% from 97% the prior year, according to the Online Trust Alliance’s (OTA) 2016 Email Marketing & Unsubscribe Audit. The OTA also saw a four-fold increase in the number of retailers in the study that failed to honor unsubscribe requests within 10 days, which is the legal requirement in the US, Canada, and some other countries.

Our Adapting to Consumers’ New Definition of Spam research found that nearly 40% of consumers find unsubscribing difficult—and that percentage is even higher among Baby Boomers.

As a result of this…

3. Email users trust native opt-out mechanisms more than the ones supplied directly by brands. [Tweet this →]

When marketers don’t treat their subscribers well, inbox providers step in to keep their users happy. This is especially true when it comes to respecting permission.

The one-click, never-fail “report spam” button stands in sharp contrast to many brands’ unsubscribe processes. Having an overly difficult unsubscribe process is a risk to your deliverability, as half of consumers say they’ve junked emails when brands make opting out too hard, according to our joint research with Fluent.

If you accept that senders’ less-than-friendly unsubscribe processes are driving spam complaints up and that email users are turning to inbox provider-supported opt-out mechanisms like the “report spam” and native unsubscribe links as a more trusted alternative, then…

Publicare did some research that backed this up and summed up the issue by saying:

“Whoever feels at home in a shop will not leave it just because the exit is broad. And most certainly they will not boycott the shop. The same goes for email subscribers: the fear that interested subscribers opt-out just because it has become so easy is misplaced.”

It’s also worth noting that…

This is not a new disruption and is not a mechanism that consumers are unfamiliar with. Microsoft debuted list-unsubscribe functionality way back in 2007, followed closely by a limited rollout by Gmail in 2009.

At that time, Gmail said, “Searching through individual messages for little unsubscribe links is too big a pain.” Clearly, Gmail didn’t feel that things improved, because they rolled their native unsubscribe link out to all accounts in 2014 and moved the opt-out link right next to the sender’s name in the viewing pane.

With Apple joining the bandwagon, the majority of emails are now opened in email clients that support list-unsubscribe. It’s a trend that’s more likely to gain momentum than lose it.

Mitigating the Downsides of List-Unsubscribe

Marketers should absolutely ensure that list-unsubscribe is enabled on their emails to give disinterested subscribers another deliverability-neutral mechanism through which to opt-out. However, there are two significant downsides to list-unsubscribe:

First, it circumvents any alternatives to unsubscribing on the brand’s unsubscribe page or in their preference center. While the Online Trust Alliance’s research shows that the use of preference centers among retailers has fallen to 38% and that only 33% offer the option to opt-down and receive emails less frequently, these can be powerful ways to reduce list churn.

And second, it circumvents any post-unsubscribe messaging, such as “Why did you unsubscribe?” surveys and promotions of other channels like social or mobile. Even if a brand is merely saying, “Thanks for having been a subscriber,” list-unsubscribe denies that opportunity.

Brands can boost the chances that their subscribers will use and trust their unsubscribe process by:

Instead of seeing list-unsubscribe as a threat, see it as a call-to-action to make your subscribe process friendlier.